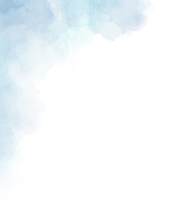 The female condom helps protect partners from pregnancy and sexually transmitted infections, including HIV/AIDS. It is the only female-controlled device offering this protection. A female condom is a thin, loose-fitting and flexible plastic tube worn inside the vagina. A soft ring at the closed end of the tube covers the cervix during intercourse and holds it inside the vagina. Another ring at the open end of the tube stays outside the vagina and partly covers the lip area. A female condom provides a barrier between partners to prevent sharing bodily fluids like semen, blood, or saliva. This helps ensure that sexually transmitted infections are not passed and pregnancy does not occur. Female condoms are 79% effective.

Female condoms can be inserted up to 8 hours before intercourse and are only effective when placed prior to intercourse. At first, female condoms can be awkward to use, but they are easy with practice. Take your time and try inserting the condom before sexual play. You can stand with one foot up on a chair, sit with your knees apart, or lie down. Lubrication can help keep the condom in place and lessen noise during intercourse. Adding spermicide before or after insertion can reduce the risk of pregnancy.

A female condom and a male condom should not be used at the same time.

Intercourse: To insert the condom, squeeze the ring at the closed end of the tube. Use one hand to spread the outer lips, and insert the squeezed condom into the vaginal canal. The inner ring should be pushed just past the pubic bone and over the cervix.

After insertion, make sure the condom is not twisted. About one inch of the open end will stay outside the body. The outer ring of the female condom will need to be held in place during intercourse, but may increase female stimulation. After intercourse, squeeze and twist the outer ring to keep all fluids, including sperm, inside the condom. Gently pull it out and throw it away.

Oral Sex: Female condoms can be used as dental dams to prevent the spread of sexually transmitted infections during oral sex. Cut off the closed end of the condom and down the side. This will give you a rectangular sheet. Place the sheet over the genitals or over a partner’s mouth. Be careful to keep any areas of contact fully covered by the condom during oral sex. After oral sex, throw away the condom.

There are no physical side effects associated with the use of female condoms. However, there is a chance that a female condom could break or slip during sex. If this occurs, women may consider taking Emergency Contraception or the “Morning After” Pill.

Available mostly online. The United Nation’s HIV/AIDS prevention program recognizes the importance and effectiveness of the female condom and is working to make it available globally.

If a condom breaks, comes off or doesn’t get used correctly, a woman can take Emergency Contraception pills AFTER SEX to prevent pregnancy.